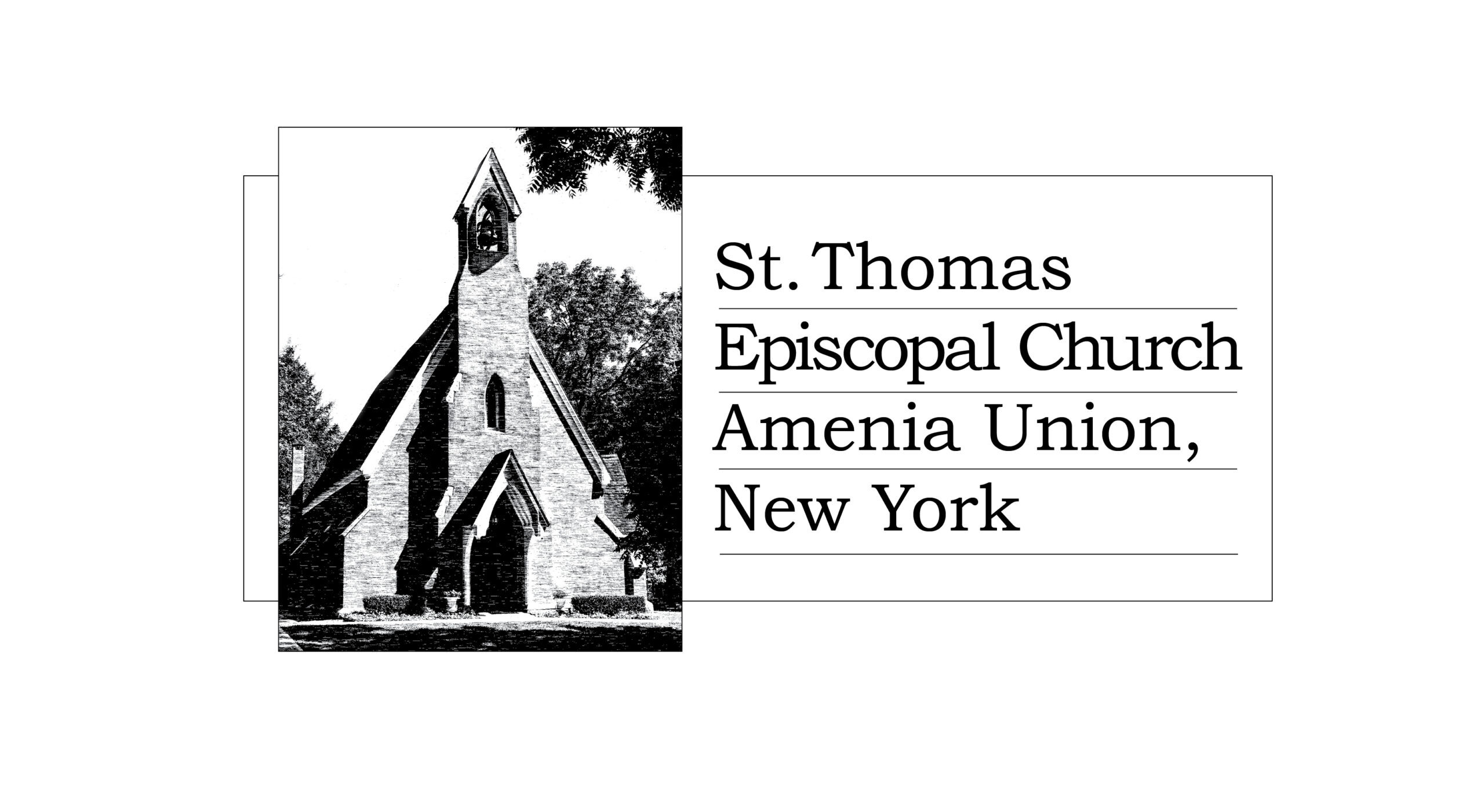 Leading scholars of Gothic Revival architecture have remarked that St. Thomas’, Amenia Union, is one of the finest American interpretations of the rural English Gothic parish church (Pierson 191-2, Stanton 259, 274, Upjohn 92-3). Tucked away on the western side of the Connecticut hills, in Dutchess County, New York, it is one of a series of rural parish churches designed between 1845 and 1850 by Richard Upjohn, best known for Trinity Church, New York.

St. Thomas’ was built in 1849-1851, soon after the completion of St. James the Less in Philadelphia, the prototype that included all of the architectural features urged by the Ecclesiological Society in England and by the New York Ecclesiological Society in the United States. Both groups had been formed in the 1830s to encourage the architectural expression of High Church principles. As defined by the Oxford Movement, these included the recollection of the English church’s medieval, pre-Reformation, heritage, with particular emphasis upon the sacrament of communion, and by extension, transcendent religious experience. The American High Church movement, which was particularly strong in New York State, advocated specific  liturgical changes and these, in turn, created new  requirements for church design.

Architectural features expressing these principles are clearly visible in St. Thomas’ Church.  For example, the church’s siting meets the requirement that the chancel face east, in the direction of the rising sun. To mitigate what would have been an awkward placement parallel to the road, the architect added a prominent south porch. The porch also gives the plan a nice asymmetry, another distinctly non-classical feature that the ecclesiologists favored. The church seems to nestle comfortably into its site on a broad, marble water table. The very steep roof ends in a series of buttresses, and the west end is marked with a small porch and a prominent, projecting bell cote.  The latter was another common feature of small medieval English churches, such as the source for St. James the Less, St. Michael’s Long Stanton, Cambridgeshire, c. 1230 (Stanton 94). The exterior walls are of locally made brick, which contrasted with the white marble water table and buttress coping stones. (The building committee had hoped to construct the church entirely of stone, but found that the material would be too expensive.) This effect has, of course, been lost since the church was painted white in the early 1950s.

As advocated by High Church theorists, the interior plan has a deep chancel, separated from the nave by steps and a chancel arch, which gives visual prominence to the altar and hence to the sacrament that is offered there. As suggested by the ecclesiologists, three lancet windows pierce the eastern end to symbolize the Trinity. The interior soars with a steep pitch, supported by massive, visible chestnut trusses. The interior walls are simply plastered.

Prominent, visible beams are frequently found in the rural Gothic churches of the period the ecclesiologists most admired, c. 1250 to 1350, but they also manifest another important principle articulated by the first theorist of Gothic Revival, A. W. Pugin, regarding function and ornament. He wrote,

There should be no features about a building which are not necessary for convenience, construction or propriety. All ornament should consist of enrichment of the essential construction of the building. (Stanton 20-21)

Upjohn wholeheartedly agreed, “When the means are limited, but little can be devoted to mere ornament; nor can ornament in any case commend itself to good taste, when it thrusts itself on the observer with unmeaning intrusion, and has no connection with the purposes and utilities of the place.” (Stanton 258)

That such a sophisticated, artistically advanced church was built in this remote corner of New York State is clearly attributable to its builder and vicar, Homer Wheaton. Wheaton was born in northeast Dutchess County, attended Hamilton College, and then became a lawyer. He married the daughter of a prominent landowner in Lithgow, which is about twenty miles south of his birthplace. The couple moved to Poughkeepsie in 1837 and it was there, at Christ Church, that Wheaton became an ardent High Churchman through the influence of its dynamic rector, Dr. John Reed.  When Reed became too ill to work full-time, in 1842, he asked that Wheaton be appointed assistant minister. He assumed many of the rector’s duties, one of which was to serve as a trustee of General Theological Seminary in New York, a center of High Church enthusiasm. Thus Wheaton came to know the leaders of the New York diocese, and through them, Richard Upjohn. After Reed’s death in 1846, Wheaton became rector at Christ Church , a post that he filled with energy and great success until 1847. At that point, Mrs. Wheaton’s mother became ill and the couple returned to Lithgow to care for her. The younger Mrs. Wheaton soon inherited the property and the family stayed on to manage it.

The following year, in 1848, Wheaton was called to be rector at St. Peter’s, Lithgow. In the 1840s High Church leaders assumed responsibility for domestic mission churches. Thus, it was logical for Wheaton to take charge of several fledgling mission churches in the area, including St. Mary’s (Poughquag), St. Paul’s (Pleasant Valley), and St. Thomas’ (Amenia Union). Although a number of clergymen urged Wheaton’s appointment as bishop of New York in 1854, he declined to be considered because his beliefs were changing.  Wheaton’s energetic work in the service of the Episcopal Church ended when he converted to Catholicism in 1855.  He lived in Lithgow, a lay Catholic, until his death at the age of 90 in 1894.

Emery, Julia C. A Century of Endeavor 1921-1921: A Record of the First Hundred Years   of the Domestic and Foreign Missionary Society of the Protestant Episcopal Church of the United States of America. New York: The Department of Missions, 1921.

_________.  Proposals for Publishing by Subscription Designs for Country Churches and Rural Houses, Consisting of Plans, Sections, elevations, Details and Perspective Views of Each Church and House; with Designs for Church Furniture and Decorations. New York, 1847.